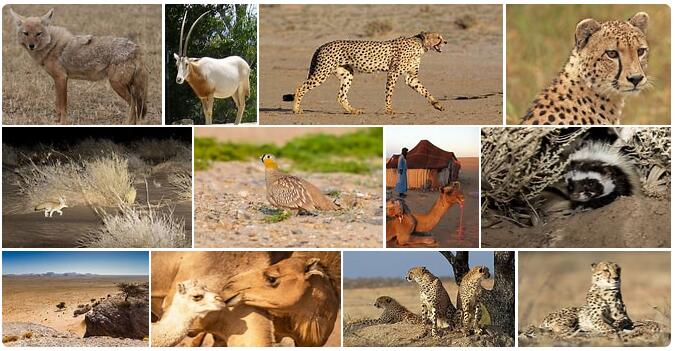 Western Sahara. Moroccan authorities in November denied human rights activist Aminatou Haidar from Western Sahara to return home after a visit to the United States where she received a prize for her fight. She flew to the Canary Islands where she hungered for more than a month to draw the world’s attention to the situation of Western Sahara. After mediation efforts from outside – the US, France and Spain were mentioned – Morocco brought with them and allowed her to return on December 18. A Swedish diplomat was expelled from Morocco in November, reportedly accused of handing over secret Moroccan documents to the Western Saharan independence movement Polisario. The United Nations Security Council voted April 30 through Resolution 1871, which extended the mandate of the UN Force in Western Sahara (MINURSO) for another year. Nothing was done between the Moroccan government and the Polisario. See ABBREVIATIONFINDER for abbreviation WI which stands for the nation of Western Sahara.

Western Sahara has a small population of a few hundred thousand people, but its composition is complicated and all figures are disputed for political reasons. The indigenous people are Saharis, an Arab-Berber Bedouin people close to the Moorish Arabs in Mauritania. Many of these indigenous people now live as refugees in Algeria, while both Saharan and non-Saharan Moroccans have moved into Western Sahara since 1975.

All statistical data concerning the inhabitants of Western Sahara are questioned in some way, as the population figures may determine the future status of the disputed territory – as an independent state or part of Morocco.

The indigenous people of Western Sahara belong to a larger nomadic culture in western North Africa, whose myriads of independent tribes were divided into several separate peoples only when European colonial powers drew borders through the desert during the 20th century. These tribes are united by distinctive Bedouin traditions and by the Arabic dialect of Hassania, which differs markedly from the Arabic-speaking Arabic in Morocco and Algeria. They live mainly in Western Sahara and Mauritania, but minorities are also found in southern Morocco, western Algeria and northern Mali.

The Hassan-speaking tribes that have historically lived in Western Sahara (and to some extent southern Morocco and western Algeria) are now commonly called “saharis”. Instead, the Hassan-speaking inhabitants of Mauritania are called “Moors”, while in Mali they are usually referred to only as Arabs. Thus, the Saharan ethnicity and Western Saharan political identity overlap to a great extent, but not perfectly. The word “saharis” can therefore be used both with and without nationalist overtones.

The Saharians consider themselves Arabs, but have varying degrees of Barbarians. Especially in the south there are elements of black people groups, haratin. Traditionally, in principle, the entire population has been nomads, organized in clan and tribal communities. By far the largest Saharan tribal group in Western Sahara is reguibat, followed by drawn and unleavened delim, and there are many other smaller tribes. The Saharans are Sunni Muslims.

A Spanish census in 1974 estimated the number of Western Sahara residents to be around 75,000. They and their descendants constitute the Western Sahara indigenous population, which today is divided between Moroccan-controlled Western Sahara, Polisario’s refugee camp in Algeria and Mauritania (see further Conflicts: Western Sahara).

In connection with the outbreak of the Western Sahara War in 1975, almost half of the Western Saharians fled to Algeria and slightly fewer to northern Mauritania. Since the 1970s and especially since the 1990s, tens of thousands of Moroccans have moved to the territory with the support of the Moroccan government. Many of these immigrants are from southern Morocco, speak Hassan and see themselves as Moroccan saharis. Others come from farther north, speak Moroccan Arabic or some Berber language, and have no connection to the Saharan nomad culture.

The Moroccan education system is applied in the occupied parts of Western Sahara, but all higher education is provided in Morocco. Arabic is the language of instruction and all students learn fusha, the so-called standard Arabic which is the official language of the entire Arab world. The dialects spoken are mainly Hassanese and Moroccan Arabic, but some Moroccan immigrants have some Berber language as their mother tongue. Many also speak some French or Spanish.

In the Polisario-controlled refugee camps in Algeria, there are six-year schools that study Arabic, with Spanish as a second language. Some older students can study further in Algeria, Cuba, Spain or other countries with the help of grants and scholarships. The educational initiatives have produced good results and literacy seems to be more widespread among Western Saharan refugees than in both Morocco and Algeria.