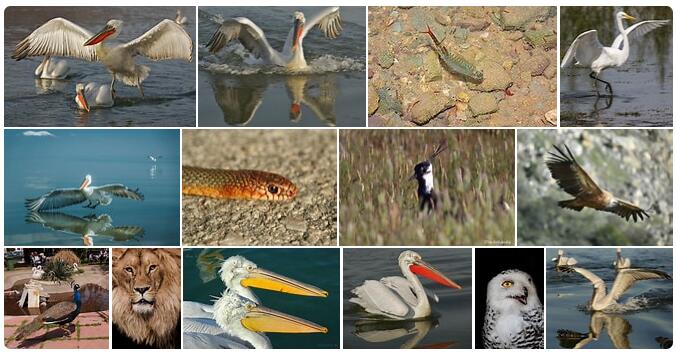 Northern Macedonia (until 2019 Macedonia). In January, presidential and municipal elections were announced until March. According to countryaah, all major parties agreed to reduce the requirement for turnout, from 50 to 40 percent, for an election result to be valid. In the first round of elections, the candidate for the ruling right-wing VMRO-DPMNE, Gjorge Ivanov, won 35 percent of the vote. The Social Democratic SDSM candidate Ljubomir Frckoski got 20 percent while two other candidates got around 15 percent each. The result meant that a second round of elections had to be held in April. Ivanov won over Frckoski with almost two-thirds of the vote. The turnout was 43 percent and thus reached the new minimum threshold. See ABBREVIATIONFINDER for abbreviation SP which stands for the nation of Macedonia.

When Ivanov succeeded Social Democrat Branko Crvenkovski in May, he promised to become “the president of all Macedonians”. Foreign observers noted that the elections were conducted without violence and mainly in a democratic order, unlike last year’s parliamentary elections. It contributed to positive signals from the EU in October about Macedonia’s ability to start negotiations on membership in the Union.

A ferry accident on Lake Ohrid in June claimed the lives of 15 people. More than 50 tourists, most of them from Bulgaria, were aboard the boat when it overturned after a heavy turn. Most could be rescued from the water.

In September, the first edition of a new national encyclopedia was published, which immediately drew criticism. Albanians inside and outside Macedonia were upset by what they perceived as derogatory descriptions of the Albanian minority. Some criticism also came from elsewhere about lack of objectivity.

On January 20, 1992, representatives of Greece and Bulgaria held an informal meeting. 5 days earlier Sofia had recognized Macedonia. In Skopje, the newspaper Nova Macedonia accused the governments of Greece and Bulgaria of fostering territorial interests in Macedonia. In a referendum on January 12, the ethnic Albanian minority in Macedonia voted for the formation of their own independent state.

On April 3, 1992, Albanians in Yugoslavia proclaimed the establishment of the Autonomous Republic of Illirida. It happened on Macedonian territory.

The rest of Yugoslavia now withdrew its troops from Macedonia. In July, the government withdrew after failing to secure the country’s international recognition. The month after, Parliament rejected a proposal from the EU to change the country’s name in order for Greece to withdraw its reservations. That same month, Social Democrat Branko Crvenkovski took office as prime minister, securing the country’s recognition from Russia, Albania, Bulgaria and Turkey.

In April 1993, the United Nations Security Council recommended the inclusion of the country in the General Assembly under the name “Former Yugoslav Republic of Macedonia”. The shooting had initially been thwarted by Greece, fearing that the new country would make territorial claims against the Greek border province, also called Macedonia.

Athens blocked as far as possible the country’s international relations, with the purpose of partly changing its name, changing its constitution (which the Greeks considered expansionist) and making it choose another flag, since the existing flag had a star, associated with Alexander the Great, and of Greece is considered to be a symbol of Hellenistic culture.

After joining the UN, Macedonia and Greece began negotiations with the British Lord Owen and the Norwegian, Thorvald Stoltenberg, as brokers. The election of the socialist Andreas Papandreus in the Greek parliamentary elections in October 1993 led to a softening of the negotiating positions.

The war in the Balkans affected the economy of Macedonia severely. Although the country officially joined the international sanctions against Belgrade, President Kiro Gligorov’s government was forced to let trucks pass through the country carrying goods to former Yugoslavia. In addition, the train route between Athens and Belgrade continued to operate. used for the transportation of oil.

On February 16, 1994 – two and a half years after Macedonia’s independence – Greece introduced a total economic blockade of the country. The Greeks refused to recognize the use of the Greek name «Macedonia» and the use of the Vergina star in the country’s flag. The northern border and the port of Thessaloniki – through which 80% of Macedonia and all the country’s oil passes – were closed. In April, Greece was put before the European Court of Justice, but the blockade continued.