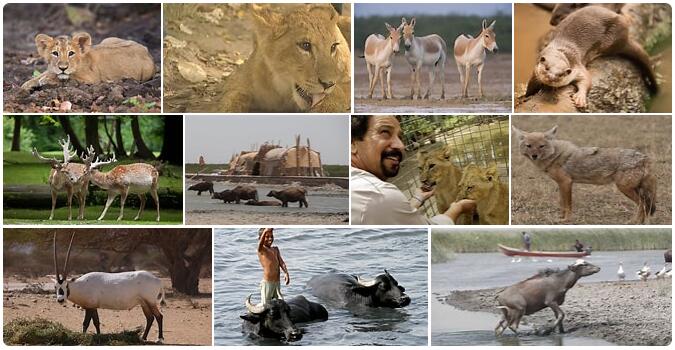 Iraq. The election to local parliaments on January 31 in 14 of the country’s 18 provinces was a success for the newly formed government-friendly coalition Dawlat al-Qanoon (Rule of Law), which won in ten provinces. In general, voters preferred secular parties with an Iraqi nationalist agenda over religious or ethnically based parties. The largest Shi’a party, the Islamic Supreme Council for Iraq, lost its mandate in all provinces where it has been a factor to count on in the past. See ABBREVIATIONFINDER for abbreviation IZ which stands for the nation of Iraq.

According to countryaah, the election campaign was relatively peaceful; only six candidates out of over 14,000 were killed. In the Kurdish provinces of Irbil, Dahuk and al-Sulaymaniya, where the elections were held on July 25, the ruling bipartisan alliance took 57 percent of the vote, a tap for the clan-based parties KDP (Kurdistan Democratic Union) and PUK (Kurdistan Patriotic Union) over 20 seats in Parliament. The reform movement Goran (Change), an outbreak from the PUK, took 23 percent of the vote, which for the first time gave Parliament a credible opposition. No election was held in the disputed Kirkuk province.

On June 30, US forces handed over responsibility for security in all cities to their Iraqi counterparts. The withdrawal was in accordance with the Status of Forces Agreement of 2008, which stipulated that US forces were not allowed to enter the cities except on orders from the Iraqi authorities. The Iraqis also took control of the Iranian opposition group Camp of the People’s Mujahedin Camp Ashraf. Iraqis arrested 26 Mujahedin members who were then released in early October. Former leader Saddam Hussein had supported Mujaheddin, according to the principle of the enemy enemy, but the new Shiite-dominated Iraqi government instead stood close to Iran.

Violence continued, but the number of civilians killed during the year to December 16 was 4,500, which is about half that of 2008. Most attacks occurred in Mosul and Baghdad, the last strong holdings of the Sunni Muslim terror network al-Qaeda’s Iraqi branch, which of all to judge wanted to disrupt the plans for a parliamentary election in early 2010. In April, over 200 civilian Shi’ites, many of them Iranian pilgrims, were killed in various types of blast attacks in the two cities. On October 25, 155 people were killed when two car bombs detonated near government buildings in Baghdad and on December 8, 127 people lost their lives in blast at government and university buildings in the capital.

More than 90 gay men and boys were murdered between January and August, the human rights organization Human Rights Watch reported. According to the report, Shiite militiamen in the Mahdi army were behind most of the murders, but some others were honor killings. According to the report, the police had not given the homosexuals enough protection and in many cases police had also participated in the murders. Many of the murders were committed in the Baghdad district of Sadr City, which was largely controlled by the Mahdi army.

Five former representatives of the Saddam regime were sentenced in March to death for crimes committed during the dictatorship. Among those sentenced to death were General Ali Hasan al-Majid (“Chemical Ali” who already had two death sentences pending on him), former Interior Minister Watban Ibrahim Hasan al-Tikriti and former chief of intelligence services Sabawi Ibrahim Hasan al-Tikriti. The latter two were half brothers to Saddam Hussein.

Journalists and writers demonstrated on August 14 in protest of restrictions on press freedom. Journalist Muntadar al-Zaidi was sentenced March 12 to three years in prison for throwing a shoe on US President George W. Bush who visited Baghdad in December 2008. The sentence was then reduced to one year and al-Zaidi released after nine months.

On June 11, IS captured Turkey’s consulate in Mosul, capturing 48 Turks. These include the Consul General, women, children and several members of the Turkish special forces. On September 20, IS and Turkey signed a secret agreement, after which the hostages were released and sent back to Turkey. Although the deal was secret, it was not difficult to see what IS got in return. Turkey released hundreds of Islamist prisoners, a large number of whom traveled to Syria where they joined IS. Turkey also committed to helping IS occupy the Kurdish city of Kobani on the Turkey-Syria border. While Turkey bought oil from IS and freely allowed supplies and partisans to pass from Turkey into Syria to IS and other Syrian opposition groups, Turkey completely shut down the Kurds. In September, Turkish border guards fired Turkish Kurds who had traveled to the border to help their ethnic communities in Kobani. Kurdish refugees from Kobani were most often treated as prisoners of war in Turkey, and Turkey effectively prevented reinforcements and weapons from reaching the besieged Kobani. Turkey had two rationales. First, the country was not interested in a Kurdish autonomous area along the border with Turkey. It would give the large Kurdish minority in Turkey blood on the tooth to also demand autonomy in the Kurdish areas there. Then IS was a minor evil in Turkish optics. The second rationale was that Turkey was outraged by the US’s “betrayal” in the fight against Assad in Syria. In Turkish optics, the US bombing of IS weakened opposition to Assad, and Turkey had made every effort to overthrow Assad. Therefore, Turkey had no problems giving IS more or less open support. In advance, opinion polls in Turkey showed that approx. a quarter of the Turkish population voted positively towards IS.

Prime Minister Haider al-Abadi, from his deployment, launched a difficult balancing act to settle the conflicts internally in Iraq and with its neighboring countries. In September, he appointed prominent Sunni politician Khaled al-Obaidi from Mosul as his defense minister. In November, he visited Saudi Arabia to thaw the frozen relations between the two countries. The Saudis acknowledged that they would reopen the Saudi embassy in Baghdad, which had otherwise been closed since 1990. He made similar visits to Egypt and Turkey to get their support for the fight against IS. In December 2014, he signed an agreement with the Kurdish regional government on sharing the surplus from oil production, so that the Kurds received 50% of the surplus from oil production in the Kurdish controlled areas. He also went on to fight corruption within the military. 50,000 ghost soldiers were to be deleted from Army payrolls.

Despite the well-meaning attempts to bring together the various groups in the country, it was difficult to overcome decades of suspicion and conflict. It got rid of the will to fight IS. The United States would still not deliver weapons directly to the Kurds, despite being the only ones able to effectively stop IS. The Sunni groups were reluctant to go to war with IS. Back then, the Shi’ite militia and units of the Iranian Revolutionary Guard were regarded by the Sunni Muslim population in the West not as liberators but as bloody herdsmen. At the same time, the US and its “coalition” bombings of IS had virtually no effect. Therefore, after Russia began bombing IS in Syria in October 2015, Prime Minister al-Abadi declared that the United States’ s bombings had not helped and that he was tempted to invite the Russians to bomb Iraq as well. However, for the time being, Russia remained out of Iraq, but al-Abadi sought closer contacts with the Russians.

IS was unable to run Baghdad over the end in 2014, and instead conducted suicide attacks throughout the remainder of 2014 and 2015 in the Iraqi capital. Only in March 2015 did the Iraqi Shia militias succeed in capturing Tikrit. A small victory that was canceled 2 months later when IS took Ramadi. The Russian bombing of IS in Syria and especially the oil fields of the movement and columns of tankers to Turkey began to be felt in Iraq at the end of the year as well. In November, the Kurdish peshmergas threw IS out of Sinjar, and in December the Iraqi army finally succeeded in capturing Ramadi.

Supporters of Shia imam Moqtada al-Sadr stormed parliament in April 2016 in protest of the composition of Prime Minister al-Abadi’s government. It was the first time protesters entered the guarded Green Zone. Again in May, protesters stormed the parliament, but this time they were met with bullets by security forces. Four protesters were killed.